No Truth? No Hope! 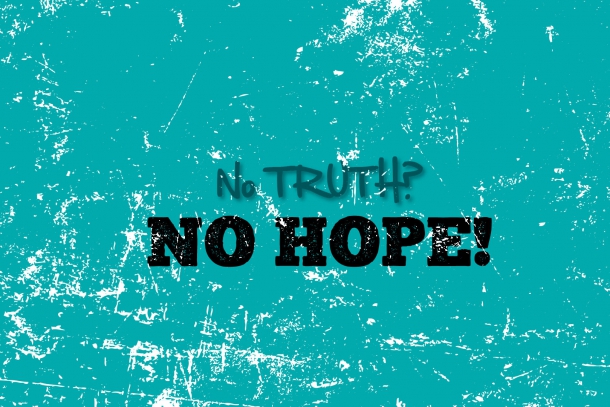 This is a post I have struggled to write over the past few months. What’s the best way I asked myself? How do I bring it up? What angle do I start from? either way, I’m just going to say it.

There seems to be a, a revolution of some sorts across the world. Lefts, rights, liberalism, conservatism and the list goes on and on. Everyone is bent on changing the world, “making the world a better place”, doing the right thing and that sort of ideology. A lot of what we see though is in words. The #hashtag movement, the #Woke culture. Everyone seems to want to talk about why black lives matter or why transgender lives matter, yet their own black lives barely matters to them. Let me explain.

You have an example of a black guy screaming and shouting, “Black lives Matter”. He screams, cries, shouts, explains/expounds/expatiates and abuses the hashtag feature across social media, yet, his own mother suffers in the village, his child – the one he had and abandoned with his side chick is suffering because this side-chick has left this child with her grandparents. You see the hypocrisy there? Everyone else’s black life matters but not your child’s? Not your parents? Nigga please. Spare me the self-righteous bullshit! Yes, bullshit! The very worst kind.

You cry, scream, shout (Yes YOU!), “Make the world a better place”, and back it up with statements like “I’m just trying to help”. Again Have you made your world a better place? Have you looked around yourself recently? You are broke, directionless, with no real plan yet, you seem to be a master educator for everyone else. Shame on you! Seriously, shame!

I will admit, I’m probably guilty of the same (maybe more often than I’d like to admit). It still doesn’t make it right. Let’s call it what it really is – Bullshit!

History points to generations and generations that have all tried to change facts, change The Truth, change reality, all in some deluded concoction of well, CRAP. Nations have come and go, civilizations have tried and tried and they all failed. The Truth remains forever.

Before you go ahead blaming the Nigerian government for their corruption, fix your own corruption. I say this specifically because I am from there. We are the most corrupt people I know. It’s sounds harsh but it’s true and I’m not even talking about the government. We lie, steal and cheat our own selves and for what, some extra bucks?? It’s sad. Truly!

We simply cannot try to force The Truth to our own reality. Some hard truth need to be said. Before you can solve a problem, you need to first admit that there’s a problem and it’s not going away unless you address it. Crime is rampant in our communities and that will not change unless we start having some serious conversations.

Some African political systems and organization have attempted to sell this big lie, that we are oppressed, that we are victims and all our problems are due to “slavery” from the “white master”. Bullshit! History, current realities tell a very different picture. There’s a saying (one I’m coming up with now) that “every country has corruption but Africa is on another level”. We as Africans have a long history of selling one another out. Don’t believe me? Just look around you? How many of your family members are you happy to share your good news with? How many of your cousins or family members do you trust with the key to your business(es)? There is hate, racism and all that nonsense and they should be rejected. I know however that we have significantly bigger problems.

The sell out is happening as we speak. Our leaders are taking loans we don’t understand and last I checked, loans come with interest and collateral. This collateral comes in the form of land, resources and you and I know a lot of it would be stolen. So debts that our children and children’s children will have to pay for. Look at every African country before their so called “freedom” and “independence”. Spoiler: They are worse! Civil wars, corruption, etc. When I arrived in Cape Town in 2011, Load shedding was a myth, Trains were on time and and the economy was relatively strong. And them Black Africans took over. It’s so tiring to see history keep repeating itself while everyone ignores the facts.

As to where this post is going, I have no idea. It a clumsy collection of rants thoughts, one I hope I can put together properly over the next few months God willing. However, I am tired and sick of nonsense being spewed all in my face and been told to conform or die. NO. Good is not evil and evil is not good. A big majority of people agree on a lie still does not make it true. Current world population stands at 7.8 billion (according to Google) and yes, 7.8 Billion people CAN BE WRONG! It has happened before. The scriptures testify in the times of Noah, a period where everyone did what they believed to be right in their eyes.

5Then the Lord saw that the wickedness of man was great in the earth, and that every intent of the thoughts of his heart was only evil continually.

It even goes further that man was so bad that the earth was also corrupt. The whole world was wrong but only one was made right. So yeah, it has happened before!