The Gospel in plain English 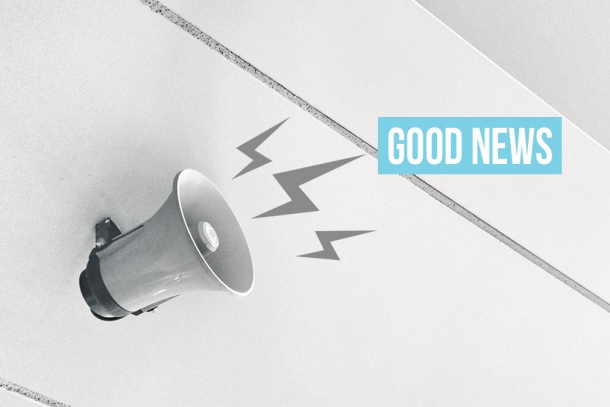 The gospel literally translates to The good news. You’ve probably heard it a lot around Christian circles. I’ll try to simplify it in this post. There is a good news but why the need for good news. Sorry I’m the one breaking this to you but there is bad news.

You might actually be are a criminal. Don’t get all sensitive just yet. You probably think of yourself as a “good person” and would never “hurt a fly”. No one is good. You can take this short test to see how good of a person you are.

I’m assuming everyone knows about the law or the constitution. The law basically exposes two kinds of people: The Lawful and the Lawless. According to the law of South Africa, it is criminal to rob a bank for example. There are those who obey it and they that don’t, and sometimes get away with it – or so it seems.

One big question mark with the law though is who decides which law is right. For example, in Nigeria, practicing witchcraft is a criminal offence while in South Africa, it’s a religion protected by the law. So who is right and who is wrong? Is there a standard? Some would argue that Adolf Hitler had good intentions when he supposedly massacred millions of humans as he made his country “great again” by making them a world superpower. Was He right? Who decides if he was right when different countries have different laws.

If we are comparing ourselves to other people, we are probably “saints” or good but the questions remains, “good enough?”. No. We are not good enough and yes, there is a standard, a standard created by God or better put, does God exist?

Is there a God?

Yes. There is a God. There is one God. Someone is probably reading this and going like “that’s arguable” or “I don’t believe that” or “God doesn’t exist”. I fully assure you, there is a God Who is not a myth. HE is real. Maybe one day I’ll write something on that God willing. There have been several debates as to which one is the true God. Now I cannot speak for Islam, Buddhism or even satanists. I have never studied them or their writings.

I can speak for Christianity however and the summary of that is there is ONE God and there is only ONE way to that ONE God and That Way is Jesus. To the atheist, or even the skeptic, you can do your research and if you do it in truth, diligently, you will find what I speak to be true. There are historical, scientific and archaeological evidences that all point to Christ if you feel the bible might be lying to you. One question I like to ask the atheist though is this:

If you find out Christ or Christianity is true, would you believe it?

If no, you might as well not bother doing any research as your mind is already made up. One thing is certain, how we feel does not change truth. If I believe very strongly that Oprah Winfrey is white, it doesn’t change the truth that she is factually black. I discuss briefly on the biblical Christ here.

Now if you haven’t taken the “Am I a good person” quiz yet, you can take it now. To those that have taken it or already have the answer to the question, know that compared to God’s standards, we don’t measure up. The Ten Commandments in itself is a teaching to show God’s standards and we simply do not measure up. No one is good. Not one. Not me, not you, no man or woman. We are simply put, criminals.

For everyone has sinned; we all fall short of God’s glorious standard.

Should Crime be Punished?

Let me ask you. Would Judge Judy be fair to let a man who just killed a family of five go free? That would be unfair or in a more legal term, unjust. There has to be justice. God’s law has an justice system. Crime has a death penalty unfortunately. Sin brings death. For sin pays its wage–death; (Romans 6:23 (GNT)).

In fact, according to the law of Moses, nearly everything was purified with blood. For without the shedding of blood, there is no forgiveness.

Crime has been punished. Sin has been paid for. Someone’s blood has been shed.

No one goes to dies because of sin, no, they die because they rejected the help.

The next day John saw Jesus coming to him, and said, “There is the Lamb of God, who takes away the sin of the world!

He has finished the work of salvation. HE has done it. Death used to be the superpower until Jesus conquered death. HE was killed on the cross but rose up after three days. He offered to take your place in that courtroom.

To this I conclude with what I said earlier, no one dies because of sin as sin has been paid for by Jesus on the cross. People die for rejecting the gift of salvation, the gift of eternal life offered up by God Himself. My hope, my prayer, my “advice” is that you accept the gift. That you receive the gift of salvation.

On a lighter note, I quote a verse of the scripture from John 3:18:

Anyone who trusts in him is acquitted; anyone who refuses to trust him has long since been under the death sentence without knowing it. And why? Because of that person’s failure to believe in the one-of-a-kind Son of God when introduced to him.

You can’t change yourself of your own will. You can’t willingly give yourself to HIM. Here’s what the scriptures testify:

2The Lord looks down from heaven on the entire human race; HE looks to see if anyone is truly wise,if anyone seeks God. 3But no, all have turned away;all have become corrupt.No one does good,not a single one!

For man to be saved, HE needs a power outside of himself, a power to take him out of his own misery. This is an absolute gift. It is only given to a few “chosen”, called out ones. If you feel drawn towards HIM, be thankful as that in itself is a miracle. If you want HIM, beg, cry, seek, grovel if you have to because that Life is good.