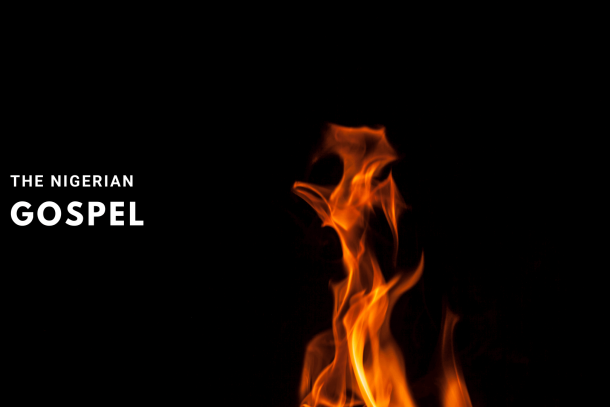 I was born i n January, 1994 into the “church” (Nigerian gospel) and The Lord brought me out of Nigeria at 17. So in theory, I spent at least 15 years there.

There are 52 weeks/365 days in a year. The way the Nigerian gospel works is as a church, you must have at least (and this is me being very conservative), two services every week and one “special” event per month (excluding choir practice, fathers day, uncles days, etc). It means I attended at least 116 services per year, amounting to 1740 for 15 years. Adding the extras easily doubles these figures, maybe even triples it.

Recent estimates suggest that 46% of Nigerians identify as Christian. That’s about 98 million people in one country that identify with Christianity. In fact, 7 of the 10 churches with the largest memberships in the world are in Nigeria.

Summary of the math is to show that Nigerians strongly identify with Christianity. We arguable have some of the most intense prayer sessions, prayer meetings, special Sundays and so many more.

So what is wrong with Nigeria??

In case you didn’t know, Nigeria is not doing very well. Nigeria has slipped into another recession. Unemployment rates keep going high, every young person I know wants to leave then country, plagued with local terrorism and many more. So what’s wrong? In fact, it’s been deteriorating for the past 50 years or so. It’s almost like as the religion increases in numbers, the system decreases in quality. Coincidence?

From scripture, we understand that God blesses His own, so why does it seem like we are cursed? We also understand that God answers prayers from His children. Why does is it that after all these years, Nigeria gets worse year by year. Seminars after seminars, Shiloh after Shiloh, Rehoboth after Rehoboth, miracles after miracles yet, the highest form of wickedness is found there.

Only in Nigeria will a government official steal from the nation (his own brothers), build a church with the stolen money, and then celebrated. That’s when we hear stuff like “God sees your heart, you just keep giving”. More BS! What that actually means is keep stealing, and as long as you direct your 10% to Shiloh ministries, The Lord will forgive. Such error and such wickedness. Since I was young, I’ve heard and seen so much of false prophets that it’s almost unrealistic. From links to demonic powers to all sorts of perverted and wicked depraved sexual acts.

Internationally, we are recognized as professional scammers (and I don’t blame them honestly) because a lot of Nigerians who leave Nigeria either end up in fraud or drugs (not all obviously but a lot). The worst part is the fraudster gives thanks to God for the success from fraud and even pays tithe from stolen money. Here’s a classic example of a guy called hushpuppi. He was arrested for fraud recently and this is what he posted before days before he got arrested.

He literally thanks God for his fraudulent success. Like WHAAAT?! I see the same thing happening with celebrities, music artists who just before they perform despicable acts of debauchery, the join hands in prayer, asking for “God’s favor” for a successful event. In fact, they testify at the alter at how God has blessed them. It’s so much nonsense and I’m sick and tired of it.